Is there a fountain of youth? 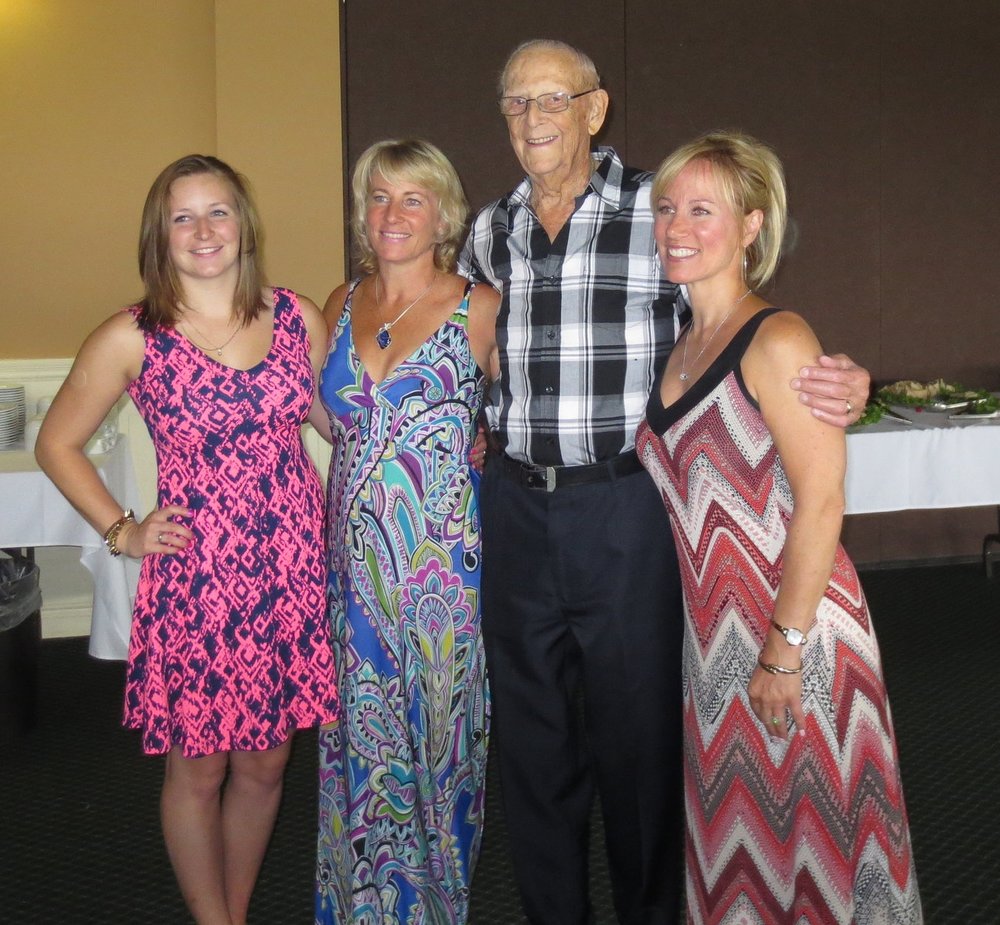 I had a chance to have a really special conversation with a relative that I just met last year. I thought that my eldest cousin was the leader of our clan. I was wrong! My father’s cousin Allyson Leduc, who will turn 100 this fall, is our actual ‘’elder’’. I guess that I never really got a chance to ask my parents about much of our lineage. I was beyond thrilled to know that there is a centenarian in my family because it re- ignited my goal of living fully to 103!

I spent some really great moments with Allyson a few weeks ago at a family gathering in my backyard. After sharing some incredible stories about the summers he spent with my dad at the farm in Vankleek Hill I asked him what he thought was the formula that made it that he was so incredibly healthy physically and mentally at the ripe old age of 99. Of course he started with a cute story about buying a new car last year. The salesman asked if he wanted the 5 year extended warranty and he replied ‘’OF COURSE!’’ hmmmm… got it. Having the right attitude and positive outlook has something to do with it. No doubt about that! I then suggested that the fact that he was physically active all of his life with working on a farm would have had an impact. He did not look convinced. He looked pensive and said ‘’that WAS hard work’’.  Perhaps physical work made a difference but he was not going to hang his hat on that one. Later in the conversation he mentioned that he liked the residence he lived at. He said that he loved that he was still able to live independently and prepare his own meals. He then started to talk about the fact that each month all the residents would get together for all the people born that month. You should have seen his eyes get big and his entire demeanor light up when he said that they would dance to the live band that they liked.

I found his fountain of youth! He LOVES to dance!! Can anyone else relate? Have your heard the saying: ‘’ you don’t stop playing because you get old. You get old because you stop playing’’ I know in this case he is still young because he chooses to dance.

‘’If you have the choice to sit it out or dance, I hope you dance’’ Lee Ann Womack

You can bet your bottom dollar that I will dance with Allyson on his 100th birthday!!

If you have never heard the song by Lee Ann Womack please take a moment to listen. It is beautiful. It is a song that I made sure that my daughters listened to because of its amazing message.

I hope that you will choose to dance. Dance at a disco, a community hall, your kitchen…. Just dance!

Keep moving and be well.

You have Successfully Subscribed!